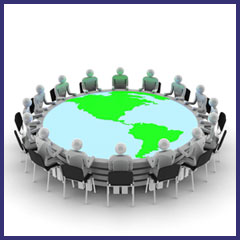 Alternate Dispute Resolution is the umbrella term used to describe any form of dispute resolution other than through a Court. This includes principally negotiation, mediation, and arbitration, in increasing order of intrusiveness. Negotiation is a dialogue between two (2) or more parties directly, or through their representatives, typically with each party separately being represented either alone and/or through a representative such as a lawyer. In this model there is typically no third-party and each of the parties represent their own interests and attempt to take into consideration the interests of the other party or parties in attempting to resolve a dispute. Mediation is a procedure whereby at least one (1) individual, usually a neutral third party, will attempt to broker a resolution between two (2) or more parties who cannot otherwise agree. Any agreement reached, in whole or in part, may or may not be embodied in an agreement prepared by the mediator, but in mediation any resolution between the parties is strictly voluntary and no decision can be forced upon any party. Arbitration is a procedure whereby one or more decision makers known as arbitrators are appointed to adjudicate a dispute but any resolution not agreed to between the parties may be imposed on all parties, subject only to appeal (if provided for) or judicial review.

How is Alternate Dispute Resolution implemented?

Negotiation is something done normally every day between two (2) or more individuals or companies in which they attempt to agree upon a common position on any number of topics. No formal agreement or in documentation is required to initiate negotiation however various commercial agreements will provide that the parties will attempt to negotiate a dispute prior to commencing mediation, arbitration, or litigation alternatives. Any agreement reached as a result of the negotiation may also embodied in the agreement between the parties.

Mediation may be as simple as asking a family member, co-worker or employer to assist in resolving a dispute. Many times such mediation is initiated without the parties even knowing that they are mediating a dispute. Alternatively, a mediation may much more formalized, and in a complicated situation a mediator may establish a procedure for mediating a dispute. Many commercial agreements also provide that the parties will attempt to mediate the dispute before initiating arbitration or litigation.

Arbitration on the other hand is a formalized procedure whereby the power to make a decision binding on all parties is granted to an arbitrator, and is almost always in writing. Arbitration clauses are frequently used in commercial documents to resolve some or all of the issues that might arise in the circumstances covered by the agreement. The agreement which contains an arbitration clause automatically binds the parties to arbitration, unless all parties agree to the contrary. Of course any number of parties may agree to arbitrate almost anything and have an arbitration agreement prepared and entered into at that time. However, at least in a commercial context, getting an opposing party to agree to arbitration that has not been provided for in the original agreement, is difficult, if not impossible, for a number of reasons.

There are also some exceptions to the above generalities. For instance, various labour law statutes provide for binding arbitration so that most disputes in a unionized setting do not end up in full-fledged litigation. Further, in some Provinces or regions Court ordered mediation is a precondition to proceeding with litigation.

If you have an agreement you have already entered into, or propose to enter into, which contains one or more alternate dispute resolution clauses, or if you wish to mediate or arbitrate a dispute, and require counsel for the mediation or arbitration, or if you require a mediator or one (1) or more arbitrators, please feel free to contact us to see how we can help.

Please also find set out below a number of links which contain additional information on the area of alternate dispute resolution which may provide you with more guidance until you speak to an ADR professional as to whether or not ADR is appropriate for your circumstances.

What can we do for you in the field of ADR?